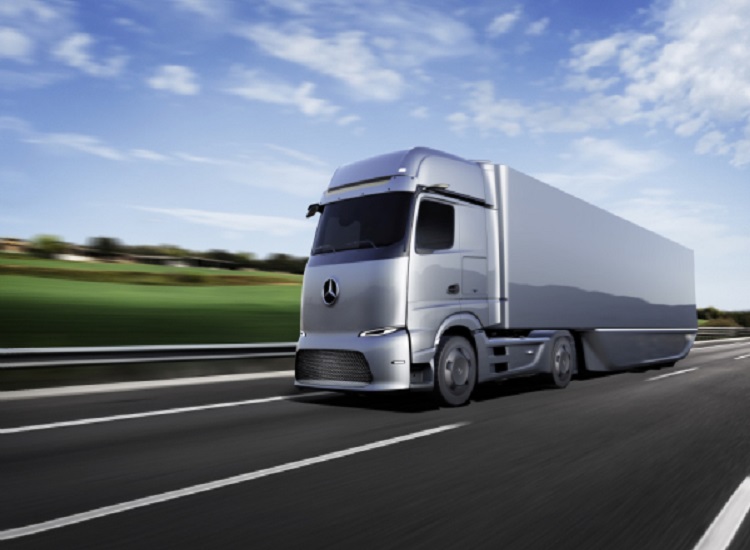 And why not batteries in trucks? Is hydrogen better

f we already have assumed that sustainable transport has to go through battery-powered vehicles (skates, bicycles, cars) recharged with renewable energy. Why not extend this concept to larger ground vehicles? And why not batteries in trucks? Is hydrogen better?

Rivers of ink have been written about the introduction of hydrogen in trucks but, from my point of view, the option that has been developed with cars and transferring it to larger land transport vehicles (and even air ) is still more interesting . I am not going to expand here by analyzing the current problematic of the concept of mobility with a hydrogen battery. To date, the setbacks that exist in terms of the efficiency and implementation of this system are more than known, both in production and in storage and distribution. However, I do not rule out this possibility for maritime transport.When, in the not too distant future, this technology improves, especially when it comes to liquefying, compressing and storing the most abundant element in the universe, we can say that we have managed to “tame” this option. Later we will address the main challenges of this technology.

Let’s focus now on the trucks. We all know that the first automobiles of the 19th century were electric and even in the early 20th century 28% of American cars were pure electric. But what about trucks?

Also at the beginning of the 20th century this type of transport was quite common. For example, the North American company Electric Storage Battery Co, of Philadelphia, was one of the large manufacturers of batteries for electric vehicles – in this case Exide batteries. Specifically, in the twenties of the last century, the company “Commercial Truck” manufactured with these batteries more than 10,000 electric trucks in the United States. By then they made it clear that this propulsion had great advantages.

But we don’t have to look far to see the widespread use of electric trucks in the early 1900s. Specifically, in our country we have many examples. Here are two of them.

In the most important work in the city of Barcelona in the 1920s, the construction of the first Metro line in the city (Liceo – Lesseps), the use of electric trucks was common.

On the other hand, I was struck by the proposal developed by the company « VEHÍCULOS ELÉCTRICOS AUTARQUÍA, SA » (VEASA) which, in the 1940s, manufactured heavy-duty electric trucks, and even extended production to other types of vehicles such as buses, vans, tractors, cranes, etc. Great merit without a doubt. It is a pity that today we do not have such ambitious Spanish capital initiatives. Our country suffers from this type of approach aside from generalist brands with foreign capital.

The Most Effective Method to Avoid Car Repair Disasters

Great Lessons You Can Learn From Truck

Do you know all the documents that you must carry in your trucks?