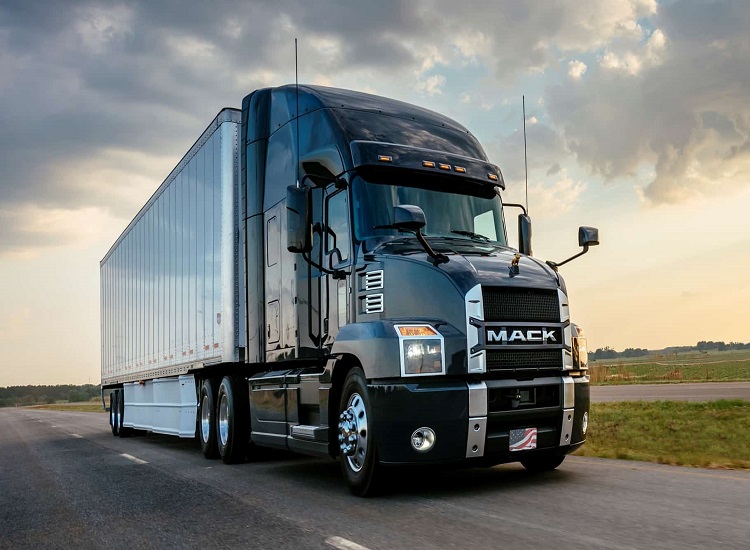 There are several methods to refrigerate trucks, one of the most basic systems that is still used is simply to pack the product in ice previously made in a factory, this method works quite well for short periods of time in trucks that are well insulated. However, melted ice produces a quantity of water that must be treated. For many years, it has been very easy to distinguish these types of trucks by the trail of water that they were leaving behind. With this method, the temperature of the cargo can only be kept above freezing.

Dry ice, which is compressed and solidified carbon dioxide, is also often used for short shipments. Because of how cold this type of ice is, it is somewhat difficult to maintain the correct temperature level of the cargo. Dry ice goes from solid to gaseous at -78.3 ºC (which is called sublimation) without going through the liquid state. Thanks to the temperatures of this ice, the temperature of food products can be lowered considerably. However, one of the problems with using dry ice is that food that is not in airtight containers can dehydrate, since a temperature as low as -78.3 ºC attracts moisture from the food. Liquid nitrogen or liquid carbon dioxide (CO2) can also be used to refrigerate food.

To do this, you must use nitrogen that has been cooled and condensed into liquid and then stored in a cylinder in the truck at low pressure. This cylinder has an exhaust valve that releases some of the steam to the atmosphere if the pressure inside it rises above the set point of about 175kPa. This brings some of the remaining liquid to a boil to lower the temperature and pressure in the cylinder. The liquid is led to a distributor, in which the refrigerated product is located, and is released to cool the air in the truck and the product. In the food area there is a thermostat that serves to regulate a solenoid valve in the liquid nitrogen pipe, stopping and activating the flow of liquid, as shown in figure 1.

The air in the atmosphere is made up of 78% nitrogen and is the source of nitrogen used for cooling. It is non-toxic, so it can be released into the atmosphere without fear of damaging the environment. * Nitrogen does not contain oxygen, so it is not suitable for breathing. There are a number of interlocks that turn off the refrigeration system if the refrigerated truck door is opened, in order to prevent personnel from suffocating from lack of oxygen. Also, nitrogen is very cold; evaporates at -195.6 ° C at atmospheric pressure. For this reason, the slightest contact of nitrogen with the skin causes immediate freezing of the meat. * Never allow liquid nitrogen to come in contact with your skin.

These two liquid injection methods have been used for many years as substitutes for mechanical cooling in permanent installations and for emergency cooling. These methods are probably more expensive in the long run than a permanent installation, but they also have some advantages. For example, if they are used to refrigerate fresh food, the presence of CO2 or nitrogen gas removes oxygen and the food is preserved.

This system is very simple and very easy to control, because you only have to maintain one solenoid and one distributor. Many trucks are equipped with chilled plates (called cold plates) that have a phase change solution inside them called “eutectic solution.” Phase change means the change of state from ice to water, except for the fact that a different temperature takes place. By the time the state change takes place, much more heat is absorbed per kg of material. This “eutectic solution” has the ability to change state at many different temperatures, depending on the composition of the product.

4 Tips for Finding a Car to Suit Your Lifestyle

Great Lessons You Can Learn From Truck

Do you know all the documents that you must carry in your trucks?

And why not batteries in trucks? Is hydrogen better